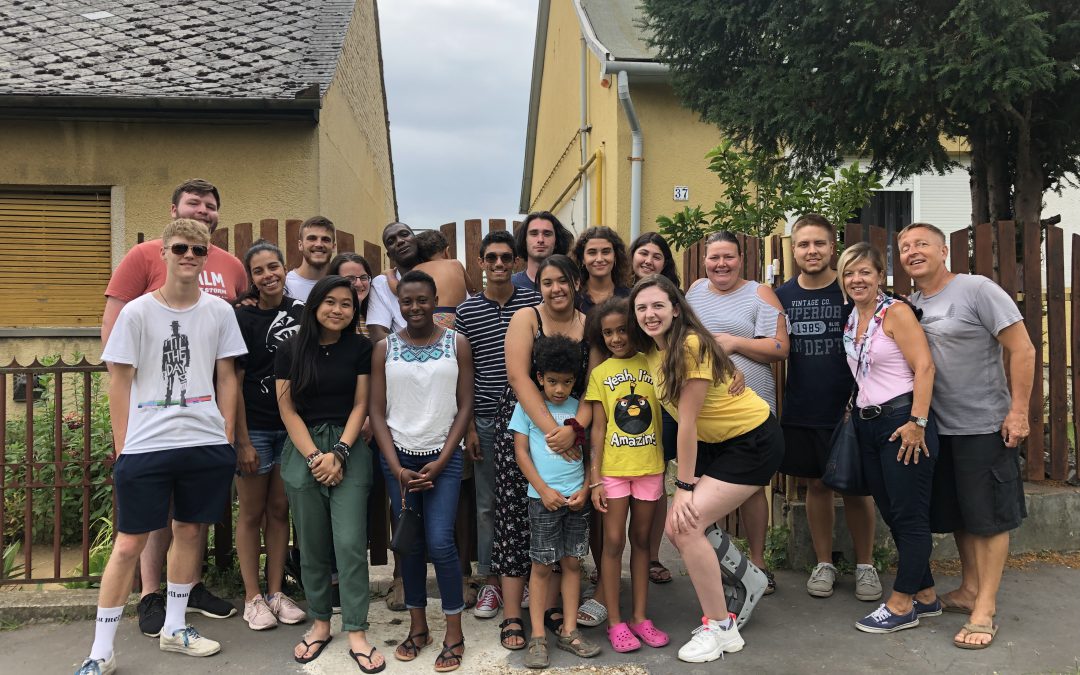 Today was our final day of outreach in Kaposvar. The plan was to go to a local park and see who was around to either play basketball with or provide glitter tattoos for kids with the hope of inviting them out to church on Sunday. Admittedly we were all a bit skeptical going into it but it turned out to be a fruitful day!

When we first got to the park, there weren’t too many people around except a father with his two young sons. Icu brought some of us over and we introduced ourselves to them and invited them to play a game with us. They hesitantly joined, but by the end, they were asking their dad to stay for another round. George and Icu were able to give them a church flyer for Sunday! Some of the girls were also able to give glitter tattoos to a number of children and Icu was able to tell their parents about the church.

After that, a group of 4 teenage boys showed up to play basketball and a couple of us went over with Oleg (George and Icu’s son) to introduce ourselves and invite them to play some basketball. Again they were a bit hesitant, but after our first game, they asked to play another. Oleg was able to talk with them afterward and share why we were there in Hungary and it provided a natural lead in to invite them to church. The boys remarked to Oleg, “We like them, they’re nice.” We’re praying that although the language barrier was present, the love of Christ penetrated through with our actions and even more so we pray that a bridge was built for Oleg to have further interaction with them.

The rest of the day was spent in goodbyes and travel. We ate lunch at George and Icu’s house and then parted ways. We had a blessed week of serving alongside George & Icu as well as the other members of their church. We are hoping that the Lord would bring times of refreshment to Calvary Chapel Kaposvar and graciously continue the work that God has been doing in us here in Hungary at home in the U.S.